Big Data and what it really means to UK businesses

Not just in the UK, but globally, there has been a dramatic incline in the volume of data being produced and shared on a daily basis, with a mind-blowing 2.7 Zetabytes of data estimated to exist currently in the digital universe (1). The continued growth of social media, the Internet of Things, rapid improvements in computing technology, and the decline in cost of infrastructure and systems have all been major factors in this upwards curve (2). Yet many businesses fail to make full use of the data they gather, missing out not only on cost savings, but also revenue growth opportunities.

One survey that focused on the value of UK data economy (3) found that 84% of businesses experienced revenue growth as a result of investment in big data. Coupled with that, a whopping 93% also benefited from cost savings. It’s rather unsurprising then that the cumulative benefit of big data and the associated analytics solutions to the UK economy are expected to total £241 billion between 2015 to 2020 (3)!

It is therefore fair to surmise that the analysis and handling of data is becoming increasingly important; this is where companies must invest.

Data analytics is a double-edged sword. Effective interpretation of mass datasets can steer a business to great success, providing invaluable insights and guidance. On the other hand, if the same data is misinterpreted it can have dire consequences. For this reason, UK businesses continue to adopt data analytics solutions at a staggering rate, with 67% of the country expected to be using such products/services by 2020.

Storage of data is another major consideration. Companies now hold vast amounts of data which must be stored securely in either internal or cloud servers. Whilst technology continues to improve, servers still take up a huge square-footage. Amazon Web Services, for example, is estimated to own in excess of 2 million servers globally (4), which will sit in an eye-watering real estate portfolio!

Floor space isn’t the only concern, however, as these companies must also have stringent security measures in place as required by law. In 2015, it was estimated that 9 out of 10 large organisations in the UK suffered some form of data breach (5). This year alone has seen several high-profile data breaches, with companies such as Equifax, Debenhams Flowers and Wonga all making the news. With the estimated cost to British businesses reaching a staggering £29.1 billion in 2016 (6), it is little wonder why the UK cyber security market is now worth £3.5 billion (7).

The financial toll of a major data breach goes hand in hand with the intangible damage done to a company’s reputation. A recent study by the Information Commissioner’s Office (ICO), the UK’s independent authority for information rights and data privacy, has found that only 1 in 4 UK adults trust businesses with their personal information (8). Compliance with the Data Protection regulations is therefore critical for companies to not only minimise the risk of a data breach, but also limit the damage caused by one. It is hoped that the implementation of the new General Data Protection Regulation (GDPR), when it comes into effect on the 25 May 2018, will help further, since it outlines a legal framework that will apply internationally within the EU, providing more consistency in how organisations must operate across borders (for more info refer to the ICO website: https://ico.org.uk/for-organisations/data-protection-reform/overview-of-the-gdpr/).

With the ever-increasing exchange of data, particularly in the digital world, it is vital that businesses and organisations keep ahead of the curve when it comes to how they use and handle the information they receive or collect. Consequently, many now employ entire departments specialising in the collection, movement, analysis and security of the data they hold. Big data is a valuable raw material, but the misuse of it can topple even the most established of businesses.

3 – Value of Big Data and the Internet of Things to the UK Economy, February 2016, Cebr 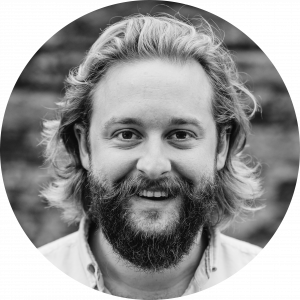 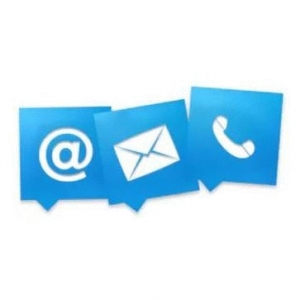 Get in touch and speak to our experts to find out how we can help; we’ll go through your specific requirements and suggest the most effective methods to bring you the best results in the most cost and time efficient manner.